The Garden Prepper
Home Information About Fruits Blackberries Why Is My Blackberry Bush Not Flowering? Why and How to Stop...

Once you have your own blackberry bush, you’re probably waiting for it to flower and bear fruit! However, it can get quite frustrating sitting and waiting for your first blackberries of the season to begin ripening, only to NOT flower and grow berries at all. Or if it does, it ends up being unshaven or smaller than expected.

It can leave you wondering: Is my plant broken? Why is my blackberry bush not flowering?

Read on as I show you the common reasons why your blackberry bush may not be flowering and how you can remedy that! 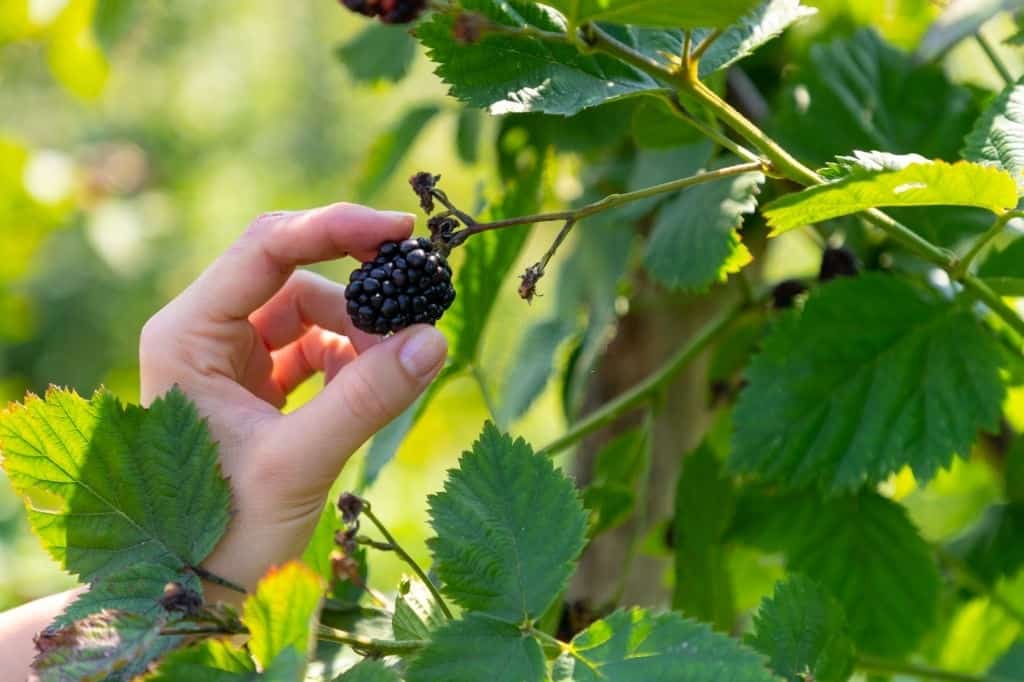 Why Is My Blackberry Bush Not Flowering?

Besides that, your blackberries would begin ripening around 60-70 days after blooming begin to open. This would depend on its variety as well, which can differentiations between 11 days or so.

But what happens when it’s been weeks past May and nothing happened yet? There are several reasons why that may be the case, such as:

Such viruses include the following:

Unfortunately, most blackberry diseases won’t show any obvious signs and symptoms of infection on the plant. The only sign you know is that it decreases the number of blackberry fruits on your plant.

In fact, you may be surprised that some blackberry cane diseases may make the plant grow even bigger and quicker. Some diseases would sometimes affect only one kind of blackberry species and not the rest. So if you have a variety of blackberry plants and only one is affected, then you have to see if there is an infection or disease.

Unfortunately, if your plant already has the virus, then it can’t be cured. Once infected, your blackberry plant needs to be removed immediately to ensure that your other plants won’t become infected with the same disease.

You can prevent this from happening by making sure the blackberry plants are certified and free from viruses. Furthermore, if you have wild blackberry brambles, it should be at least 150 yards away from your domestic blackberry bushes, since most blueberry bushes have such viruses.

There is a fungus known as Anthracnose that would cause blackberries to NOT fruit at all. This blackberry fungus is usually spotted when your blackberry fruits begin to ripen, but it would start wilting or tiring brown before the berries fully ripen.

If you notice that your blackberry plants have fungus or show signs of it, then you can treat them using a fungicide. You should also make sure that you remove and dispose of all the infected blackberry canes.

There are also certain pests such as mites, thrips, or even raspberry fretwork beetles that may cause fruiting problems with blackberry plants.

Check your bushes carefully, particularly looking into the undersides of its leaves to check if your plants have unwanted pests or insects.

If you find any pests, then treat it immediately using pesticide to get rid of them right away. However, do take care, because when you remove all the insects from your blackberry bush, this can reduce its pollinators, which would reduce the number of blackberries it produces.

For those who don’t like using chemical pesticides, you may be able to create your own organic pesticide from natural ingredients. But I can’t guarantee its effectivity compared to using the usual pesticides you can purchase in-store.

Besides the three reasons mentioned above, there are also other environmental factors to look into. If you don’t see any signs of viruses, fungus, or pests, check into these factors:

Are you wondering what else is there to learn about your blackberry bush not flowering? Check out this interesting video:

Blueberry plants are easy to plant and will grow in the right environment, as long as you care for them well. So if your blackberry bush isn’t flowering, you have to address the problem to see if it can still be remedied, or if you’ll need to start over again. Make sure that you take the lessons you learned to prevent any issues from happening, allowing your blackberry bush to flourish and flower when the time comes.

I hope that this article answered your question, “why is my blackberry bush not flowering?” Now that you know all about it, start following the right steps to grow your blackberries well.

Why Plant Blackberries Away From Raspberries – 4 Growing Tips Revealed

How to Keep Blackberry Bushes Under Control: The Ultimate Guide