The Garden Prepper
Home Information About Vegetables Cucumbers How to Increase Female Flowers in Cucumber Plant: The Unique Ways to...

Did you know that cucumbers are naturally monoecious? This means that their flowers may be multiple sexes, having both male and female flowers. For female flowers to produce fruit (the cucumbers), it requires fertilization from male flowers, happening thanks to pollination or by our hands.

Read on as I talk about how to increase female flowers in cucumber plant! 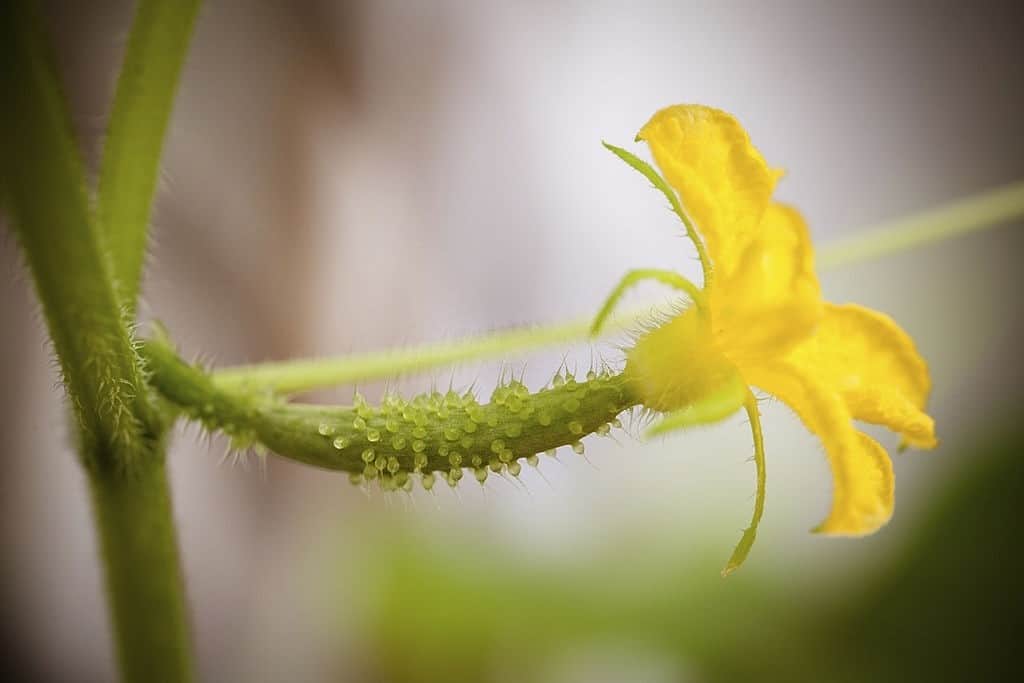 How to Increase Female Flowers in Cucumber Plant

Unfortunately, there aren’t proven methods to encourage female blossoms, specifically. What you can do is to simply wait and care for your cucumber plant properly to ensure that the female flowers do blossom in time, and in healthier amounts.

However, there are things you can follow to encourage your cucumber plant and its flowers to properly grow and bear fruit successfully. Furthermore, you can invest in all-female cucumber varieties, which have been pretty popular among gardeners and bog growers used for commercial operations.

With that in mind, if you have “normal” cucumber varieties producing male and female flowers, it all boils down to proper care. Here are some ways to grow and maintain your cucumber plant properly and maybe even increase the number of female flowers in the cucumber plant:

With this in mind, you have to keep your plants cool, whether you plant them outside or in a greenhouse. If you live in hotter climates, give your plants some shade during the hottest parts of the day, protecting them from the sun.

Besides there being all-female cucumber plants as mentioned above, you can also invest in gynoecious cucumber plants, which produce more female than male flowers (or no males at all). But with that in mind, it may cause another issue: lack of male flowers.

You will need to make sure that you have the right balance of male and female flowers, planting both gynoecious and monoecious cucumber plants.

3. Something Wrong with Your Cucumber Flowers?

Are you looking into growing more female flowers because you see your flowers falling?

This is actually totally natural, especially for male flowers. A lot of male flowers tend to fall after a day or two after blossoming. But if you notice that female flowers are falling more so than expected, or even dying out while it’s still attached to your plant, then there may be a pollination problem. This means that the female flowers aren’t receiving pollen in its ovules, so the fruit aborts, ceasing reproductive functions and dying off.

What you can do is to make sure that insects (like bees) pollinate your female flowers, transferring pollen from the male flowers. But if you find no bees around, you may have to hand-pollinate your flowers instead. Though a more laborious task, it helps with successful pollination and fruit setting.

With proper pollination, you won’t have to worry about your female flowers’ health, nor will you need to focus on increasing the number of female flowers there are due to its falling.

Read more: Should I Pick The Flowers Off My Cucumber Plants?

Besides the temperature of your cucumber plants, you also have to make sure that you have proper soil quality, as this can impact the flowering in cucumber plants. High nitrogen fertilization may delay the production of female flowers, with heavier nitrogen application leading to vines remaining vegetative for long. It will then produce female flowers only later in the growing season, resulting in non-marketable fruits that don’t mature at the right time.

Make sure that you avoid using an excess amount of nitrogen fertilizers and opt for organic matter, lessening the usage of chemicals.

Do you want to learn more about growing cucumber plants for better harvesting? Check this interesting video out:

Female flower blossoms are crucial when you want your cucumber plant to bear fruit. However, you can’t simply encourage them to grow as you wish, it only takes proper care and maintenance for the plant as a whole. With long-term care, you can grow more male and female flowers for your cucumber plants to develop fruit well.

I hope that this article on how to increase female flowers in cucumber plant informed you about how to grow cucumbers successfully. Utilize these tips to make sure that you always get delicious cucumber fruits to enjoy now!

What To Do With Overgrown Cucumbers: Don’t Waste Your Cucumbers!

How Do You Know When to Pick a Cucumber? What to...

Can You Use Tomato Cages For Cucumbers? The Answers You Need!