The Garden Prepper
Home Information About Fruits Blackberries How to Keep Blackberry Bushes Under Control: The Ultimate Guide

Many people LOVE blackberry fruits, but not many of us realize how they are difficult to control or kill off! Some blackberry varieties are known as invasive plants, meaning they are notorious for taking over your property and growing all over. This can be bad for your other plants and landscaping, as it would push new plants through and out of the soil. 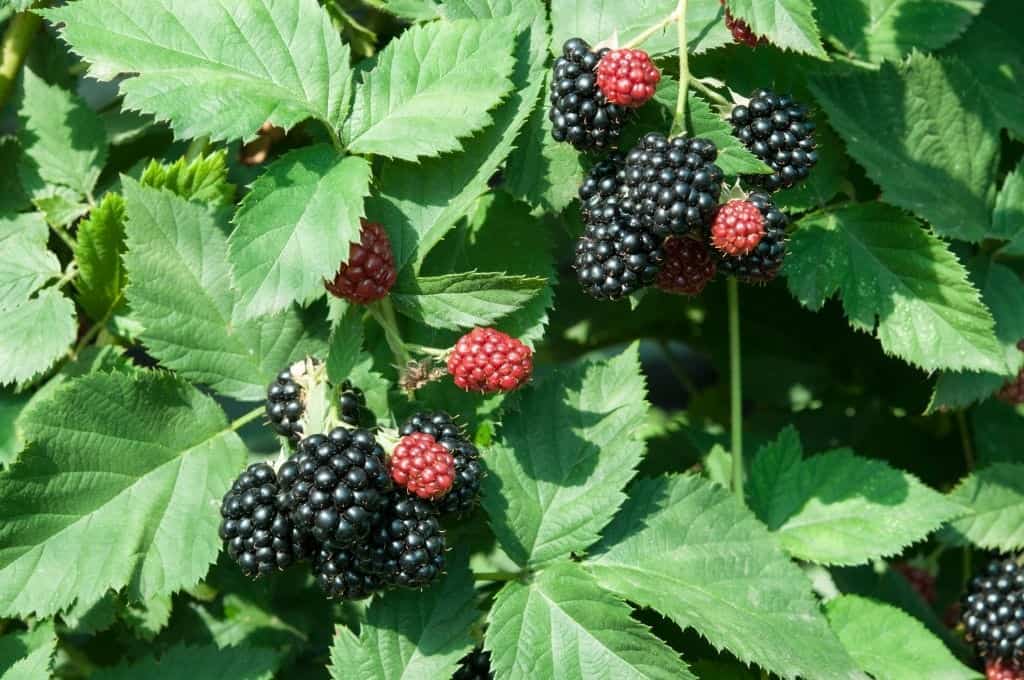 How to Keep Blackberry Bushes Under Control

When you want to keep your blackberry bushes under control, it all boils down to care and maintenance. If left unchecked, it will quickly spread in pastures, reducing the growth of over plants. With that in mind, here are some tips and methods you can follow:

1. Remove All Canes and Plant of the Weeds

This is one of the first things you can try doing, as this is proven effective.

Remove all the brown and briefly deal canes every time spring comes by. When the canes die, the bush most likely replaced them with newer and healthier canes.

It’s important to maintain and clean it out every new season. If you leave those canes on the bush, it would starve your blackberry bush from the nutrients it needs, since roots will supply all the canes the nutrients, including the dead ones.

When removing the dead canes, you should also weed around the bush’s base. Remove any weeds or plants that compete or would hinder the bush’s growth. While this sounds counteractive in controlling its spread, it helps produce fruit!

Just make sure that you combine this method with proper care and maintenance, as well as pruning, which I’ll talk about in the next section.

2. Prune Your Bush To Maintain Its Health and Shape

You will need to prune your blackberry bushes at least once a year, or as needed. Two weeks after harvesting, one the bushes enter dormancy, get a pair of hedge clippers, cutting back your bushes.

You need to remove at least 1/3 of the bush’s mass, clipping off canes that stray from the plant’s natural shape, as well as the canes that impair the bush from receiving light from the sun.

Besides the main methods mentioned above, there are other extra tips you might want to try doing, such as:

As you reduce the size of older bushes, it’s also helpful to make it easier when applying herbicide. However, don’t apply herbicides too soon after mowing, as this will give you inconsistent results. Before applying herbicides, let your bush have a lot of leaves and show active growth activity.

Once you’re done mowing, you have to know when to apply herbicide for effective blackberry bush control. Blackberry is sensitive to herbicides, especially when it blooms during the late spring and in fall, right before the frost.

When applying herbicide, do not do so after winter dormancy emergency, or while it’s fruiting, as this is less effective as well. Furthermore, don’t let the plants be stressed from drought, which is why it’s best to apply herbicide and chemical controls are during recent rains and the optimum stage of blackberry growth.

Before applying herbicide, wait for six months of active regrowth. After six weeks, you can begin removing dead canes.

What kind of herbicides or chemical control should you get, though?

Look for effective herbicides that have metsuluron or triclopyr ester. You can safely apply this during blooming, though you will need to retreat it after a year for better control. The herbicides may cause blackberry defoliation and can control weed and brush species.

4. Kill Off the Blackberry Bush

Another way to control your blackberry bushes is to prune them. This would cut the plants back, or kill it overall if you don’t want it in your area anymore. If you’d like to do this, follow these steps:

Do you want to learn more about how to keep blackberry bushes under control? Check out this informative video:

Hopefully, these tips on how to keep blackberry bushes under control helped you out! If you feel like your blackberry bushes are starting to grow more than expected, utilize these methods to prevent it from being like a weed now.

Why Is My Blackberry Bush Not Flowering? Why and How to...

Why Plant Blackberries Away From Raspberries – 4 Growing Tips Revealed