The Garden Prepper
Home Information About Vegetables Peppers Planting Tomatoes and Peppers Together: Is It Possible?

Are you familiar with companion planting? This is where you would grow certain plants next to each other, with them forming some kind of symbiotic relationship. In turn, it can boost the health and growth of both plants as they contribute nutrients and evade specific pests in their ways.

That’s why you can find people planting tomatoes and peppers together. They are known to complement one another and help in growth! But is it worth doing?

Read on as I show you the pros and cons of companion planting tomatoes and peppers together! 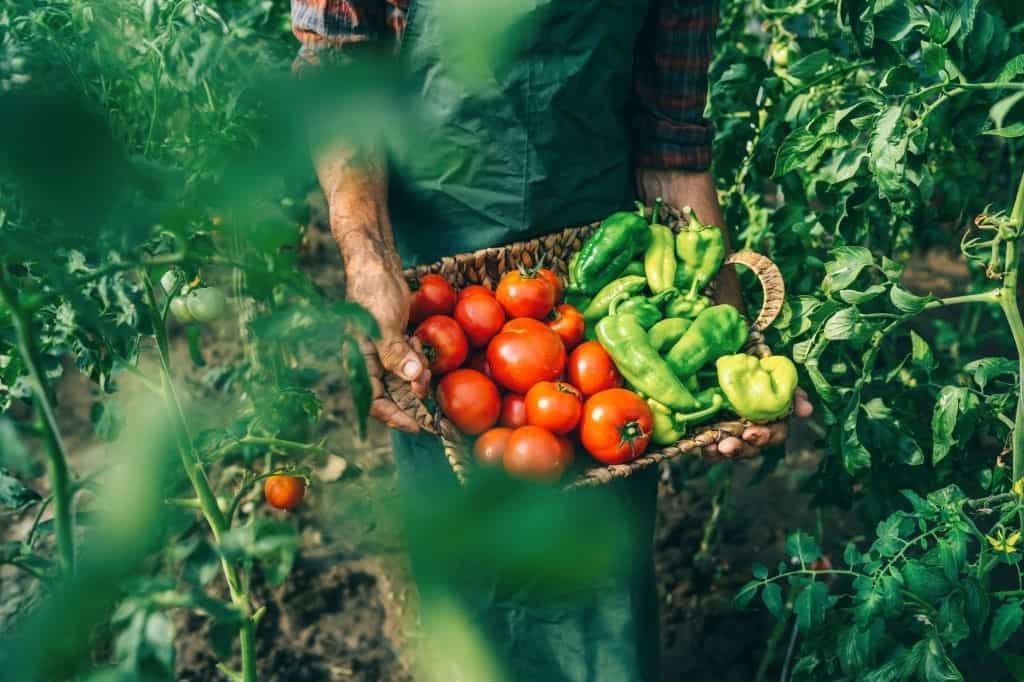 Planting Tomatoes and Peppers Together

It’s possible to plant tomatoes and peppers together, as they come in the same family. Because of this, they share a lot of similar needs, which make them a good fit when together in the garden.

Both plants prefer sunnier locations and growing seasons that are very warm but not too hot. They both prefer areas that range between 75-90 degrees F when setting flowers and for fruit production.

Furthermore, they have similar water and nutrient requirements, planted and harvested at almost the same time. They even have a similar required pH level range between 6-7, and as they are similar flowers, they both encourage the same pollinators.

Plus, it’s a win-win when planting both of these plants together, giving you the culinary advantage. Why? Because peppers and tomatoes together can complement each other when eaten, whether making salsas and sauces, salads, or ethnic dishes.

BUT WAIT! It has its cons, which I’ll be talking about in the next section.

Challenges of Growing Tomatoes and Peppers

Even if they do come from the same family and have many similarities, tomatoes and peppers may have distinct challenges as they grow together.

Note that both plants do not like wet leaves or sodden grounds, and they are both susceptible to varieties of bacterial and fungal diseases that can be easily transferred to one another. They are also susceptible to molds and wilt, as well as other plant diseases like the tobacco mosaic virus and pests like cutworms, tomato hornworms, or blister beetles.

However, the challenges only come if you don’t care and tend to both plants properly. It may also come if you overcrowd do not strategically plant tomatoes and peppers well. This can cause them to spread diseases to one another much quicker.

How to Plant Tomatoes and Peppers Together Well

Now that you know the disadvantages and risks of companion planting, how can you still plant tomatoes and peppers well? To avoid any risks of disease and the like, follow these helpful tips:

Do you still plan on planting tomatoes and peppers together? It’s doable, just follow this helpful video:

Peppers and tomatoes are fine to plant together, as they come from the same family. Companion planting is fairly common between the two and has its advantages to prevent overheating and to also encourage similar pollinators. But be wary with its challenges and make sure to take proper precautions when planting them to avoid overcrowding or risk of diseases.

I hope that this article on planting tomatoes and peppers together helped you out. So don’t wait any longer and start planting these the right way for optimum growth and delicious fruits and vegetables!