The Garden Prepper
Home Information About Vegetables Cucumbers What To Do With Overgrown Cucumbers: Don’t Waste Your Cucumbers! 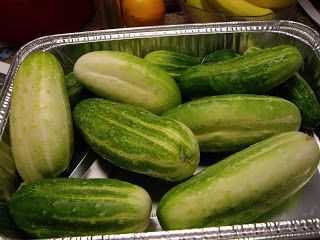 A lot of people like growing cucumbers for their ease of planting and how they make great snacks!

And as they grow, some people may think that, “the bigger, the better” as they keep their cucumbers on the vine. But you should NOT wait for it to grow even larger than it’s supposed to! This is because it can begin rotting and halt the growth of new cucumbers.

So what happens when you forget to harvest cucumbers and are left with a few bigger ones? If they are still good to consume, read on as I show you what to do with overgrown cucumbers instead of throwing it away!

What to Do With Overgrown Cucumbers

Overgrown cucumbers may be a bit tough and seedy but have the potential to make into pickled relish. Follow this simple recipe so you can have a dip or sandwich accompaniment!

2. Use the Seeds to Grow Out

You can get the seeds from the overgrown cucumber for growing in the next season. Just make sure that you avoid committing the same mistake when growing and harvesting cucumbers to avoid your harvest from tasting off.

Simply cut your cucumber open and see if the seeds are mature enough to save and grow out the next year. This is a good tip if you can’t salvage the overgrown cucumber for recipes, so nothing goes completely to waste.

3. Add It To Certain Recipes

While the overgrown cucumber tastes different, you can still add it to certain recipes if it still tastes edible. Unfortunately, if the cucumber has turned yellow, you’ll need to dispose of it.

For instance, you can use overgrown cucumbers for recipes that call for chopped and/or shredded cucumber. They can be used for creating gazpacho, tzatziki sauce, or a cucumber-yogurt soup!

Just peel and quarter your cucumbers and cut out its entire seed cavity. Chop and/or shred the rest to use for various recipes.

Besides the relish and recipe suggestions I made above, you can make your salad out of the overgrown cucumbers. Here is a very simple cucumber salad recipe that calls for minimal ingredients.

Unfortunately, not all overgrown cucumbers can still be salvageable.

This is because as it grows bigger, its skin becomes even tougher, which makes it less appealing to chew. Furthermore, the flesh gets softer and drier, which may ruin the texture of some fishes. Sometimes, the flavor is affected as well, tasting a bit bitter!

Give the cucumber a taste test before adding it to your recipes. If it has a word taste and texture, it’s better to dispose of it. While it may be a waste, take it as a lesson and be sure to harvest growing cucumber at the right time and size.

Do you want to know more about overgrown cucumbers and how to harvest cucumbers properly? Check out this helpful video:

It’s much better to grow and harvest smaller cucumbers and pick them once they reach their full size. You should NOT pick them once they have overstayed their welcome in its vines and grown too large. It may end up tasting a bit off, though there are ways you can use overgrown cucumbers to avoid wastage!