The Garden Prepper
Home Information About Vegetables Cucumbers Why Are English Cucumbers Wrapped In Plastic? The Answers Here!

When you’re in the supermarket, you’ve probably passed through the vegetable section and noticed that whole cucumbers are always wrapped in plastic… tightly.

Sure, you see various types of unwrapped cucumbers, usually the sliced cucumbers and pickled cucumbers in jars. But you also see cucumbers, particularly English cucumbers, packaged very carefully. And what makes it more interesting is that these cucumbers are much pricier than “regular” cucumber varieties!

But why are English cucumbers wrapped in plastic anyway? Read on to find out! 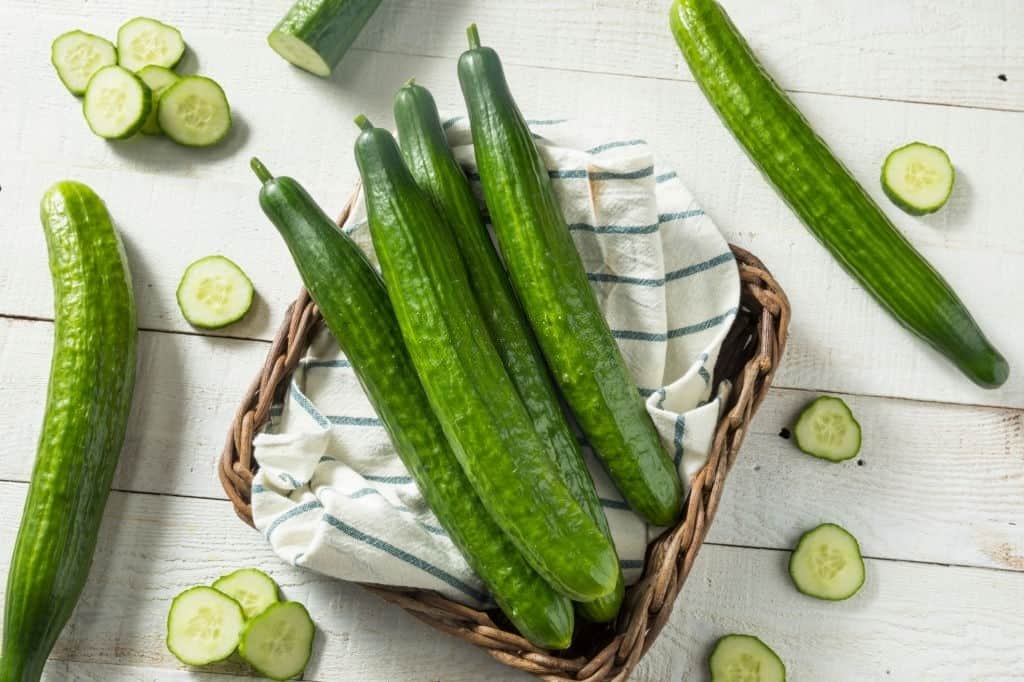 What Are English Cucumbers?

English cucumbers, also referred to as seedless, burpless, or hothouse cucumbers, are longer and thinner than the typical slicing cucumbers. They also have thinner skin and smaller seeds, giving it a sweeter and less bitter taste. Its more desirable characteristics are what makes it a bit pricier compared to other cucumber varieties!

Why Are English Cucumbers Wrapped in Plastic?

You can understand its price tag, but why bother wrapping it in plastic?

It’s all about the skin! Because of the English cucumbers’ thinner skin, they are usually sold wrapped in plastic. Its packaging would protect it from damage, as well as help them last longer. The plastic wrap acts as an extra layer of protection for its thinner skin, also reducing and preventing rehydration and any potential damage during packing and shipment. 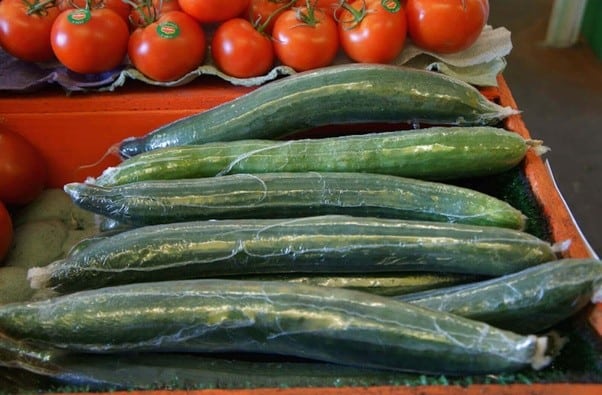 Furthermore, the plastic can also help even once it’s stored in a fridge! The tight wrap will help cucumbers last longer in your fridge, as it acts as an insulator to protect your cucumbers from cold injuries while preventing and slowing dehydration and spoilage. That way, there will be no moisture leaving your cucumbers, which can result in looking like a dried-up and icky raisin.

Usually, wrapped cucumbers will last for up to ten days in the fridge, a bit longer compared to when leaving your cucumbers unwrapped. It’s also a cleaner way to handle cucumbers, so you won’t have to worry about who touched your cucumbers in the grocery or when at home.

Not only should grocery stores properly package their products, but you should, too! If you plan to store your cucumbers properly after harvesting your own from the garden, you need to learn how to wrap them in plastic well. This will ensure longer-lasting cucumbers to use in the future if you don’t plan to give or use them right away.

Do you want to learn more about the importance of cucumbers wrapped in plastic and how to wrap them properly? Check out this insightful video:

Next time you’re at the grocery store and see cucumbers tightly wrapped in plastic, you now know why! It has a ton of benefits for you and your cucumbers, from longer-lasting lifespan down to better taste and skin. Sure, it may be a waste of plastic and not as eco-friendly, but fortunately, people are now looking into finding solutions to package cucumbers with more environment-friendly materials while still providing similar advantages.

I hope that this article answered your question, “why are English cucumbers wrapped in plastic?” Now that you know the answer, learn more about cucumbers and their different varieties to explore its different tastes and uses. Have fun!

Cucumber Plant Flowering Too Early? Here’s What You Can Do About...

What To Do With Overgrown Cucumbers: Don’t Waste Your Cucumbers!

Can You Use Tomato Cages For Cucumbers? The Answers You Need!